We named ThinQ.AI releases after the names of historic train stations around the world.

Just like a train departs from a train station and connects the world, ThinQ.AI will become a gateway to AI by providing a variety of resources to AI developers.

Please watch the journey of ThinQ.AI as it develops and expands into the world gradually. 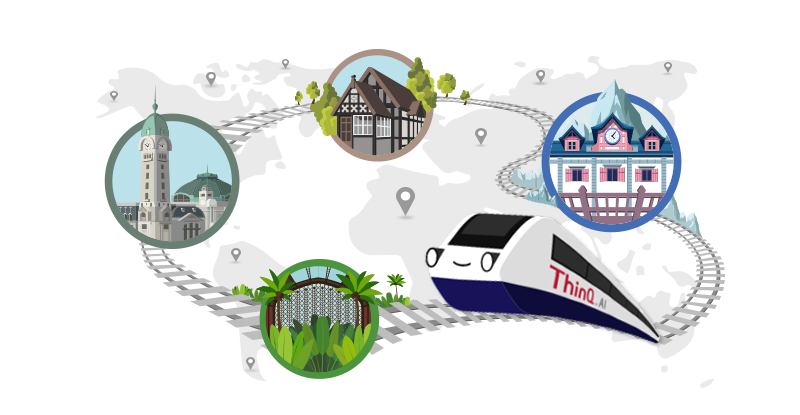 DUNROBIN is the fourth official release of ThinQ.AI.

ThinQ.AI's partners can develop voice services directly using the toolkit, and Open API allows them to use AI services without limitation in the OS and development environment of the product.

CHAMONIX is the third official release of ThinQ.AI and will be open for the partners for the first time.

In CHAMONIX, not only new engines and features have been added, but platforms supported by ThinQ.AI have also been expanded.

Our partners can also use ThinQ.AI's engines, sample codes, and applications, starting from the CHAMONIX version.

In addition, ThinQ.AI has launched an Open Innovation Technology service that combines the technologies of ThinQ.AI and partners to develop various AI services in cooperation with partners.

Unlike ATOCHA, which only supported Linux, BENEDICTINS supports Android, webOS as well as Linux.

In addition, in BENEDICTINS, new engines and features have been added and the verification process has been strengthened to improve the quality and stability of ThinQ.AI.

ATOCHA is the first official release of ThinQ.AI.

ATOCHA allows developers to check the entire architecture and engines of ThinQ.AI, and has introduced code-level tests and automation tests to expand the scope of tests.

In addition, ATOCHA supports the application of its voice engines to robots.