This engine determines whether the speech contains the word that the user specified, and informs of the result as “Yes” or “No”. For example, it will be useful if the user can use any name he/she wants, such as “Hi, Choco”, instead of “Hi, LG”, which is a designated expression used as a trigger word for smart speakers or home appliances.

In order to register a word using a voice, the user must perform the speech registration 4 times in total.

The UTWD engine provided by ThinQ.AI supports the following features:

The UTWD engine has the following structure. 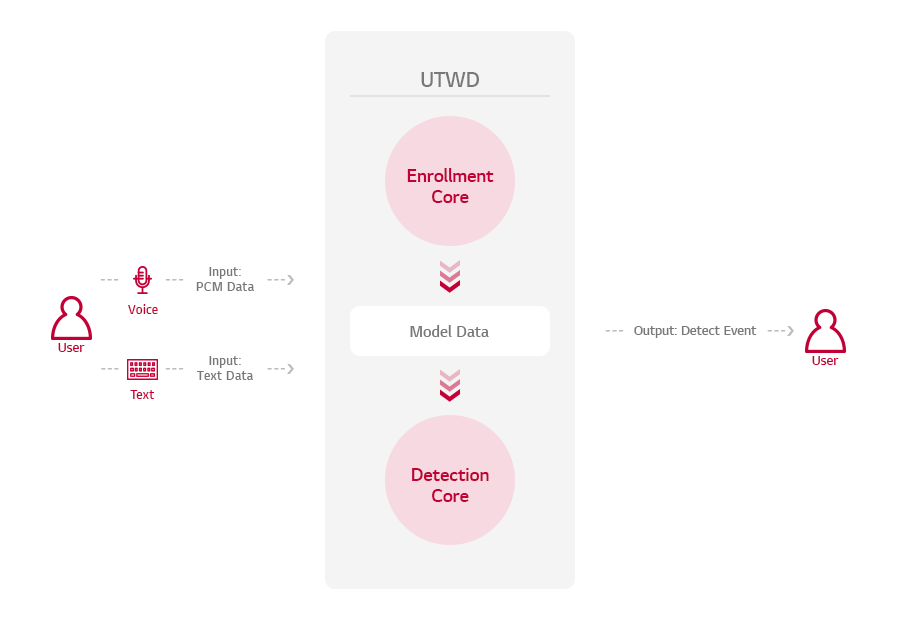 You can control the device by the voice from a mobile device equipped with an AI virtual assistant system. It can be applied to operate home appliances with voice recognition-capability. 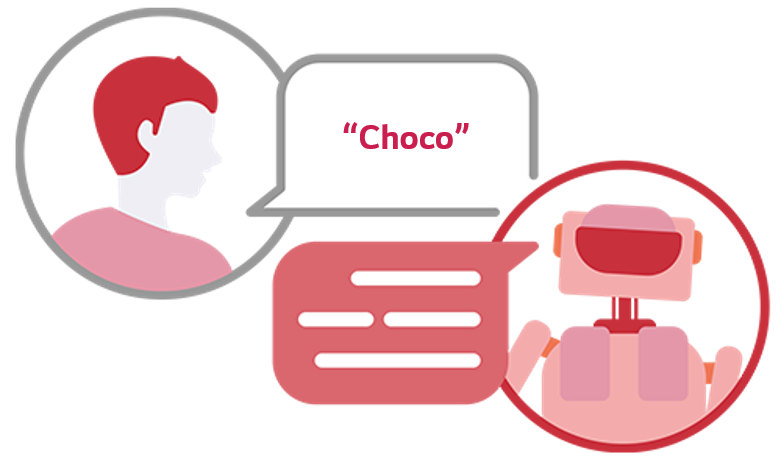