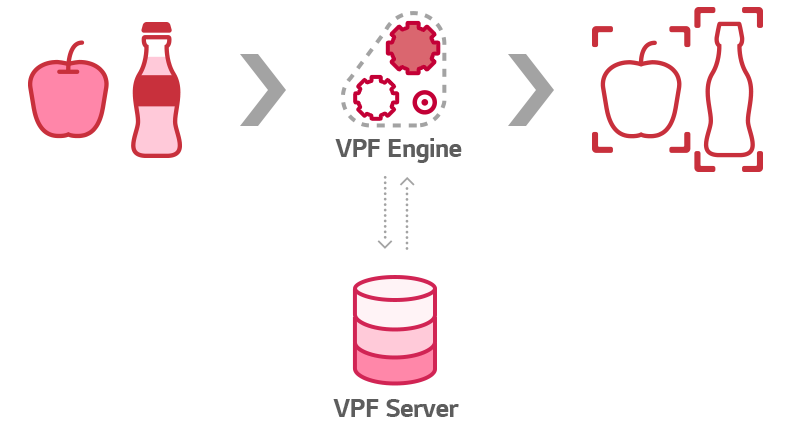 VPF Engine receives image data as input values, extracts usable information from the input values, and sends the result to the application.

VPF Engine can be used in various ways during everyday life.

The engine checks the food in the refrigerator and informs the user of food with an approaching expiration date. 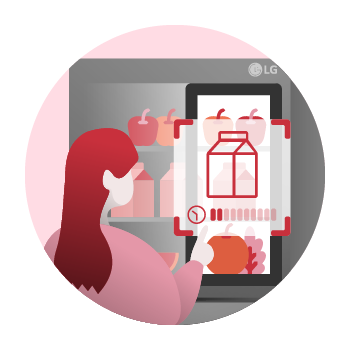 The engine recommends recipes for meals that utilize the food stored in the refrigerator. 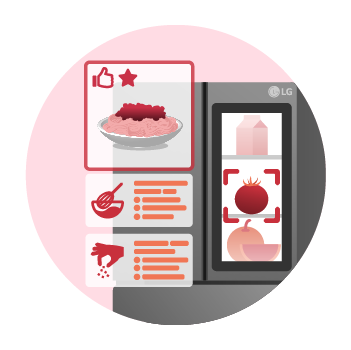 If the food you need is not in the refrigerator, the engine helps you place an online order with ease.